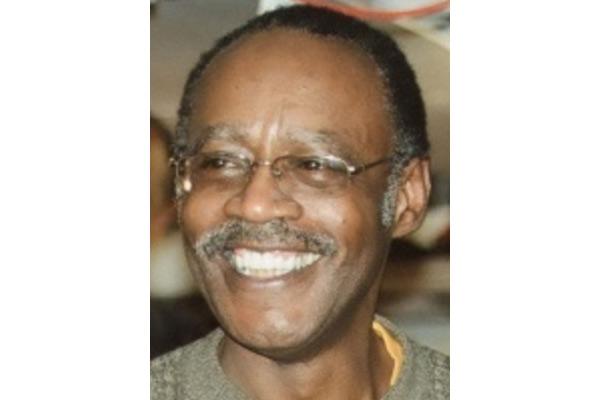 Pheoris West was an Emeritus Professor in the Department of Art. He taught at The Ohio State University from 1976 to 2016 and earned his MFA from Yale University. His areas of expertise included painting and drawing, computer graphics and design. Professor West designed the stained-glass windows in the Ohio Union on OSU campus as well as at the Mt. Vernon Avenue AME Church. He is also portrayed on the Long Street Cultural Wall in Columbus, Ohio, among other prominent African American community members. Professor West was a beloved teacher and mentor.

Most recently, Professor West’s work was featured in the exhibition, Start at Home: Influence, Commitment, Integrity, Urban Arts Space in 2019, celebrating the work of Pheoris West, Robert J. Stall, and H. Ike Okafor-Newsum, all influential and inspiring African American artists and scholars who taught at OSU. Professor West’s work has appeared in numerous art venues, including the Philadelphia Museum, Boston Museum, the Studio Museum in Harlem, Museo Civico D'Arts Contemporaneo Di Gibillina, Palermo, Italy, and the Cincinnati Contemporary Art Center. Professor West served as curator of Homage to Jazz in 1999 at the Martin Luther King Center in Columbus. He has served as a juror on the National Endowment of the Arts Expansion Arts Panel, the International Juror National Exhibition of Zimbabwe, and the Ohio Arts Council. Professor West is survived by his wife Michele and three children: sons Jahlani and Adji and daughter Pheannah. A son, Adwin, died in 2015. West also has five grandchildren.

“I believe that there is only one way to do art, and that is with all of your soul. I think that I have achieved my goal in art, in the sense of what I want art to be in my life, it is the central element in my life.”

Words of remembrance from friends and colleagues

"My own memories of Pheoris begin when I arrived as a new faculty member in 1992. I taught alongside Pheoris in painting and drawing courses, sharing students and quickly admiring the reverence so many of his students had for him. I fondly recall the heated discussions in graduate critiques that ostensibly began as a discussion of a particular painting before quickly evolving into an impassioned discussion about life, living, seeing, and being human. I watched how our department was continuously enriched by Pheoris’ clear-eyed and unwavering advocacy for students – all students.

"My most recent memory of Pheoris occurred at his gallery talk for the brilliant exhibition, “Start at Home: Influence, Commitment, Integrity,” curated by Director, Merijn van der Heijden, for the Urban Arts Space in 2019, celebrating the work of Pheoris, Robert J. Stall, and H. Ike Okafor-Newsum, all influential and inspiring African American artists and scholars who taught at OSU . Pheoris arrived in his wheelchair having suffered a debilitating stroke several years earlier. It was the first time he had spoken publicly since his stroke. In front of his own paintings full of the complex rhythms and expressions of bold Black bodies, Pheoris spoke with the same lucidity I had heard for so many years at OSU. He spoke of the significance of structuring his paintings based on the Golden Section or an X at the heart of his work, as well as the symbolism of the color that he weaves across his paintings. Broken though the words were by the effort it took to utter them, the Pheoris I knew as a deeply committed and accomplished painter was continuing to enlighten us as we listened and looked together at his life’s work.

It was a true privilege to have known and worked with Pheoris West."

Pheoris taught with authority and gentleness. I was a graduate student in ceramics in 1990 when I first met him.  His guidance was sublime, and the depth of our discussions went far beyond the visual subjects at hand.  He was very spiritual.  Perhaps that is why the concepts of composition and harmony were threaded throughout our discussions. We talked about nature, music, and family...especially children.  Pheoris had a way of encouraging his fellow artists to join him in creating with the innocent abandon of a child lost in serious play."

"I was thinking about Pheoris the night before I learned of his passing. These days I find myself reflecting on those who nurtured whatever personal growth I can feel over the years, and I’m grateful for Phe who helped me see beyond  my narrow world (and artworld) view. We shared a commitment to the revelations that teaching “color” offered.  In this and other ways I counted Phe as a kindred spirit.

"Conversations with Pheoris over the years offered moments for insight and shared experiences, and I am grateful. I learned for example that both he and my dad had in their own time, held the high school broad jump record for the Albany NY area! A conversation we had over lunch (not long before his stroke) had us reflecting on our mortality and where we were in the trajectory of our lives; as painters, parents, educators and ….well…citizens, I guess.

"On another trip to Columbus I was able to visit Phe in hospital. I was struck by his good spirits, and he recalled, of all things,  that he still owed me a ball cap.  Years ago I lent him one on a trip to visit the Mansfield campus. We were driving up in my car with the top down and it blew off somewhere on I 71. His strong smile and quiet humor moved me and I carry that with me."

"Pheoris West was a treasure to the department of art and to the community. Although I clearly recall the vivid colors and movement of his paintings of female figures derived from African culture, what I remember most about Pheoris is the warmth and guidance he offered students. I distinctly remember the clusters of students waiting outside his Hopkins Hall office to speak with him, including former students who would come back to visit.

"During critiques with graduate students, he would talk about the formal elements of their work but soon veer off into philosophical musings He was a born storyteller.

"After Pheoris’ retirement from OSU, I “inherited” his old office. I love seeing the patches and spills of color on the floor, left over from whatever work he did in that space. There are also built-in shelves that he installed for his considerable book collection. I think of him when I am in that space – and of the scores of (now former) students who still feel his influence."