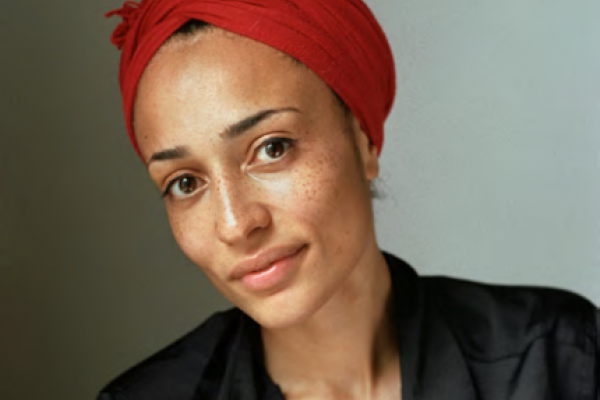 A Conversation on Race, Writing, and Culture with Zadie Smith

Novelist Zadie Smith was born in North London in 1975 to an English father and a Jamaican mother. Her acclaimed first novel, White Teeth (2000), a vibrant portrait of contemporary multicultural London told through the story of three ethnically diverse families, won numerous awards and has been translated into over 20 languages. Her tenure as Writer in Residence at London’s Institute of Contemporary Arts resulted in the publication of an anthology of erotic stories entitled Piece of Flesh (2001). She is also the author of The Autograph Man(2002) and On Beauty (2005); the winner of the 2006 Orange Prize for Fiction, Changing My Mind: Occasional Essays (2009); and most recently, her novel NW (2012) was named as one of the New York Times "10 Best Books of 2012." Smith is currently a tenured professor of Creative Writing at New York University. A signing and reception follow the conversation, which is part of the President and Provost’s Diversity Lecture and Cultural Arts Series.

Presented by The Ohio State University President and Provost’s Diversity Lecture and Cultural Arts Series and Ohio State's Humanities Institute. Cosponsored by Ohio State's Office of Diversity and Inclusion, MFA Program in Creative Writing in the Department of English, and the Wexner Center for the Arts.